Disciples as Fools For Christ 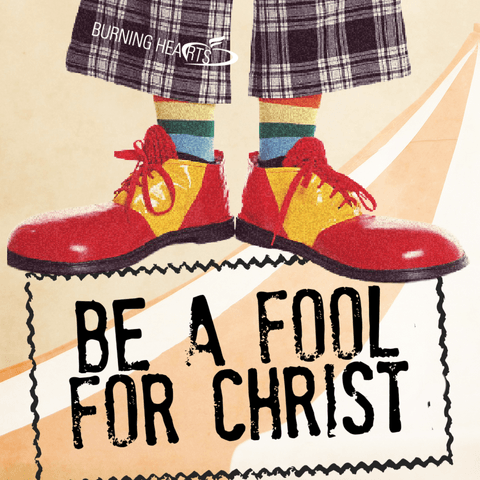 Did you know...? According to some historical accounts, if you’ve ever pulled a prank on April Fool’s Day, you have the Catholic Church to thank.

In 1582, Pope Gregory XIII issued a decree ordering that all Christian nations adopt a standardized calendar. This new "Gregorian calendar" moved the new year from the end of March to the first of January. If you've ever misdated a January check, you can likely empathize with the confusion this caused for some folks in the years that followed. Those who didn't know about the change, didn't want to observe it, or simply forgot about it were mocked as “fools” when they mistakenly celebrated the new year on April 1.

A French tradition that dates back to this era may have been the start of the pranks we traditionally play on this day. Some writers suggest that those who adopted the new calendar began tricking those who didn't by sending them on foolish errands, playing practical jokes on them, or attaching fish to their backs (symbolizing a young, easily caught fish / a gullible person).

However, we can dig deeper into April Fools Day and consider it more than just a day to play pranks. The whole notion of foolishness has a long tradition with deep meaning in the Christian tradition, and reflecting on them can help us grow in our journey of discipleship.

“We are fools for the sake of Christ, but you are wise in Christ. We are weak, but you are strong. You are held in honor, but we in disrepute.”

St. Paul uses the term “fools for Christ” not as an insult but as a badge of honor. The decision to make sacrifices for the sake of the Gospel certainly appears “foolish" to those who do not know the freedom, restoration, healing, and wholeness that surrender to Jesus brings. The world around us is obsessed with the four p's of power, pleasure, possessions, and pride. For disciples of Jesus, choosing to actively and willingly detach ourselves from those worldly measures of success sets us apart from others in a way that can make us look like fools.

I remember sitting in a business networking meeting with a young man, maybe five years out of college, who was working as a salesman for a cellphone company. As we chatted about our lives, our work, and our goals, I shared with him that both my husband and I have either worked in education or for non-profit and religious organizations for our entire working lives.

He stared at me shell-shocked and said, "But there's no money in that!" He then shared his goals with me and how he was working his way up in his company to get the highest salary and financial security he could. When he finished, he looked at me expectantly and asked, "Don't you want that for yourself and your family?" He was genuinely confused at my response that our plans and goals were more focused on solid ethics and leaving the world a better place when we were gone.

While he was far too polite to name me a "fool," I've no doubt he left that conversation unable to understand how someone could make such imprudent and irresponsible life choices.

The desert fathers often spoke of the virtue of foolishness for Christ saying that it demonstrated great humility for those who had attained great holiness:

Those who have attained the highest degree of humility are the 'fools for Christ,' who, in order to hide their great spiritual gifts, let others believe that they are fools. But in these days, when arrogance is epidemic, there are many who, if they try this monastic path, will become proud in being fools.

The Ancient Fathers of the Desert, Section 7

The Holy Spirit may not call us to the specific foolishness of radical asceticism or of joining a religious order. We may not have come so far on our path of discipleship that radical humility calls for us to voluntarily take up the guise of insanity to conceal our perfection from the world. However, each of us can answer the call to live in a way that is radically contrary to worldly values. We can all make what look like apparently foolish worldly choices out of a desire to follow Jesus.

April Fool's Day seems like a perfect day to reflect on how each of us is being called to be "fools for the sake of Christ."

"For disciples of Jesus, choosing to actively and willingly detach ourselves from those worldly measures of success sets us apart from others in a way that can make us look like fools."